How Canada can benefit from the North American Leaders’ Summit and three things it must accomplish: Canadian Chamber of Commerce

How Canada can benefit from the North American Leaders’ Summit and three things it must accomplish: Canadian Chamber of Commerce

When Prime Minister Trudeau meets in Washington next week with his U.S. and Mexican counterparts, the three leaders need to focus on how to restore a genuine North American partnership. The trilateral relationship, which became severely strained during the Trump administration, has still not recovered. All three countries have suffered as a result. 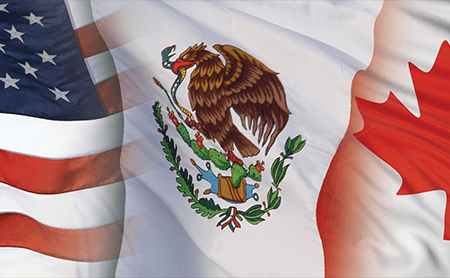 (OTTAWA) – November 10, 2021 – The Canadian Chamber of Commerce’s President and CEO, Perrin Beatty, issued the following statement on the importance of next week’s North American Leaders’ Summit and the key objectives for Canada.

“When Prime Minister Trudeau meets in Washington next week with his U.S. and Mexican counterparts, the three leaders need to focus on how to restore a genuine North American partnership. The trilateral relationship, which became severely strained during the Trump administration, has still not recovered. All three countries have suffered as a result.

Because of our close economic, security and geographic ties, Canada’s first priority must be to repair the relationship between Ottawa and Washington. Canadians had high hopes that a change in government in Washington would help revive the special relationship that long existed between the United States in Canada. Unfortunately, we still see few signs of improvement.

Instead, what was once a strategic partnership has become largely transactional, with U.S. domestic politics driving decisions on issues that are vital to Canada, including the cancelation of the permit to build the Keystone XL pipeline, the doubling down on Buy American policies, a lack of coordination in reopening the Canada-US border and a reluctance to support Canada on the Line 5 pipeline, among others.

For Canada, our success in improving a challenging relationship with the US will depend on what we bring to the table related to its geopolitical priorities. Simply put, Canada needs to focus on the advantages it can offer for the Biden’s administration’s areas of focus, including critical minerals, defense industrial supply chains, and climate change.

First, Canada should come with a plan to develop and share its wealth of critical minerals, which can support the US ambitions on electric vehicle development, green energy and defence technology. We also need to bolster efforts to use government procurement and environmental, social and governance (ESG) standards to support North American supply chains.

Finally, North America’s and Canada’s transition to a green economy would benefit immensely from a continental approach to climate adaptation, which could include a common approach to carbon offset standards and ESG reporting standards. Canada must also leverage its new leadership position of the International Sustainability Standards Board hub to create a common North American market and standards.

In era of global competition where countries increasingly use mercantilist trade policies, we need to have a strategic approach to advance Canadian interests. It is critical that we be seen as a reliable ally and friend of the U.S. and that we persuade Washington that a genuine partnership requires at least two willing partners.”

About the Canadian Chamber of Commerce – Because Business Matters

The Canadian Chamber of Commerce helps build the businesses that support our families, our communities and our country. We do this by influencing government policy, by providing essential business services and by connecting businesses to information they can use, to opportunities for growth and to a network of local chambers, businesses, decision-makers and peers from across the country, in every sector of the economy and at all levels of government, as well as internationally. We are unapologetic in our support for business and the vital role it plays in building and sustaining our great nation.

The Fall Economic Statement was an opportunity to provide a detailed plan to get us from today’s hardship to economic recovery and growth. The statement provided needed supports for businesses and Canadians to build a foundation for growth, though many questions remain about the government’s economic recovery plan. For example, the economic statement presents a plan to create a plan for childcare and longer-term recovery.

We have been urging the government to publish the details on what support rates will look like past March 13, and today’s announcement from the Prime Minister answered those calls. Businesses can now plan with certainty this spring, knowing what level of support they will receive from these critical support programs through June of this year.
SEE ALL POSTS