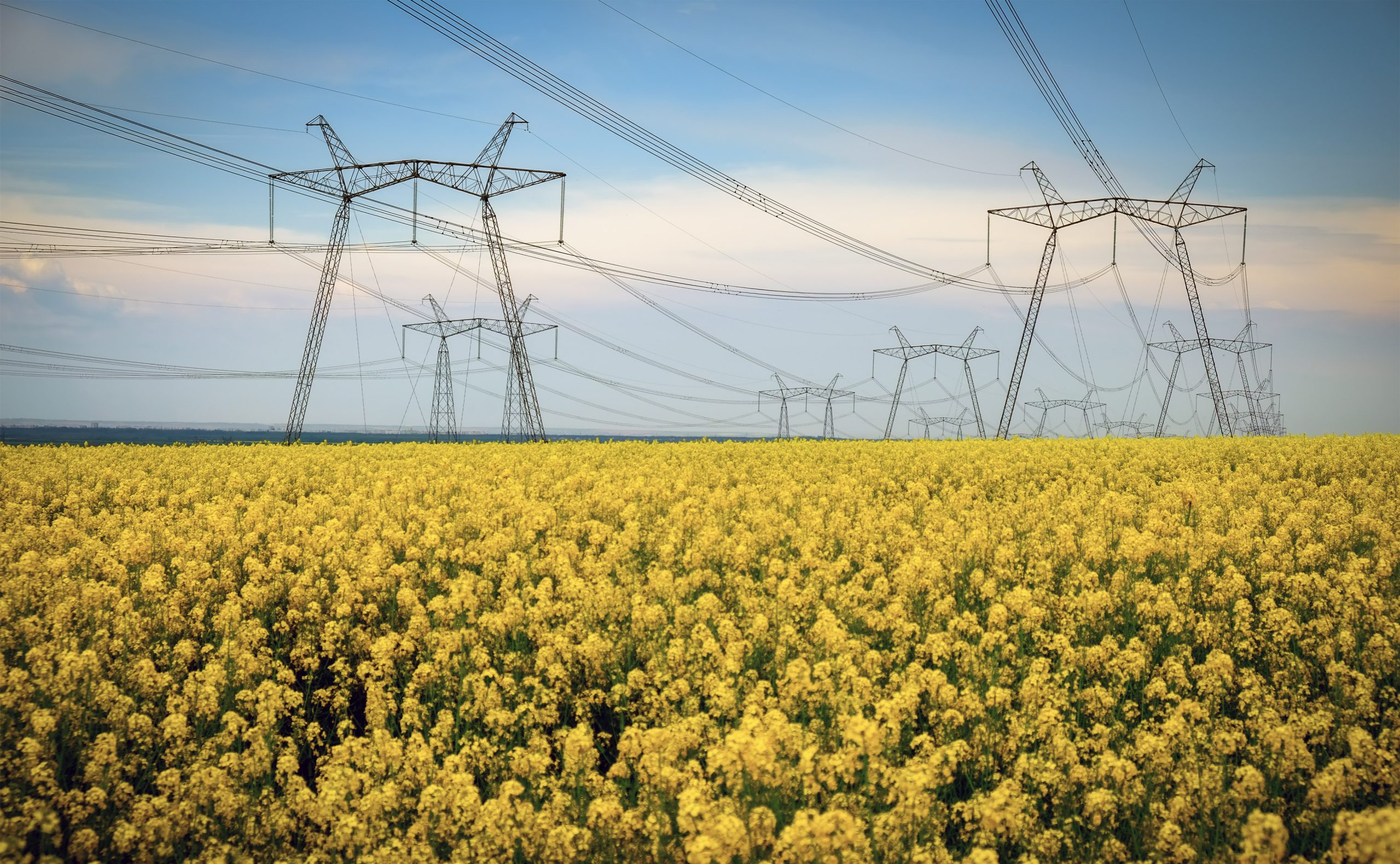 There is an undeniable truth that Canadians will need to accept: embracing nuclear power is a key element of reaching net-zero.

Industry associations and international organizations are collectively pointing to nuclear energy as a necessity for Canada’s decarbonization efforts – and a linchpin in connecting today’s energy realities with our 2050 net-zero commitments.

Investing in nuclear power and enabling critical mineral exploration are clear and pragmatic steps to both decarbonize existing energy infrastructure and to scale green energy production.

Canada is the only country in the Western Hemisphere with an abundance of the critical mineral resources necessary for advanced battery manufacturing. The deployment of nuclear energy can be used to decarbonize the heavy industries that extract and refine the very minerals required to scale its own power supply, creating a circular and positive feedback loop.

Despite nearly 90 per cent of Canadians reporting that they are being negatively affected by climate change, only 17 per cent report confidence in Canada’s ability to meet its net-zero commitments. Given the environmental footprint and local community pushback on new hydro infrastructure, and the transient nature of other renewables such as solar or wind, nuclear can provide clean, reliable energy consistently.

Nuclear is also a foundational pillar of Canada’s health-care sector, supporting more than 8,500 jobs in Canada’s medical isotope industry. With the Canadian medical isotope market estimated to grow to $1.176 billion by 2032 at a compound annual growth rate of 12.7 per cent, Canada is remarkably well-positioned to leverage nuclear capabilities to continue to be a leader in the field.

However, while the benefits seem clear, there is limited public acceptance of expanding nuclear.

Though images of Fukushima and Chernobyl are top of mind when discussing nuclear safety, the Canadian Nuclear Safety Commission continues to push the envelope on nuclear safety standards, conducting best-in-class safety, hazard and waste management analyses to protect the health, security and environment for Canadians.

This is most evident in small modular reactor (SMR) technologies, which provide a mechanism to alleviate public safety and cost concerns while maximizing energy potential. Compared to the 19 nuclear power reactors currently operated in Canada, which provide a total power capacity of 13,624 megawatts, SMRs generally provide around 300 megawatts (e) per unit of carbon-free electricity or less.

Unlike conventional nuclear plants, SMR technologies can be used to build added electrical capacity as needed to support a broader range of applications. These can include providing independent units for remote sites, providing industry-specific needs, generating electricity and burning nuclear waste.

The legitimacy of SMRs has been backed by a 2021 interprovincial feasibility study concluding that a co-ordinated approach to SMR development would support domestic energy needs while curbing greenhouse gas emissions, all while positioning Canada as a global leader in an emerging $150 billion global market by 2040.

Following the release of the 2018 roadmap for SMRs, Ottawa subsequently released a small modular reactor action plan in 2020 that involved more than 100 partners and outlined more than 500 actions. The government also invested in technology (such as the $27.2 million at Westinghouse Electric Canada’s SMR facility) and deepened public and Indigenous community consultations (such as with the Indigenous advisory council on SMRs).

While the stars seem to be aligning for SMRs, much work remains

Immense upfront capital costs to build nuclear reactors, fuel source scarcity, reliability of emerging technologies and the ever-present question of how to manage nuclear waste are a few issues that must be addressed to clear the way for a renewed commitment to nuclear energy.

Canada’s electricity demand is expected to grow by 47 per cent from 2021 to 2050, so any failure to scale cost-effective development and deployment of nuclear technologies mortgages the future of Canada’s energy industry and the economy more broadly.

Pathways Alliance, an association representing companies with 95 per cent of Canada’s oil sands production, publicly indicated that the deployment of SMRs is a cornerstone of decarbonizing the country’s oil and gas sector. The result is that nuclear energy has become increasingly integrated into discussions on Canada’s emerging critical-minerals strategy.

Canada’s critical mineral deposits are generally found in remote northern regions of the country. Sustainably extracting and processing these resources will require significant supporting infrastructure – including energy infrastructure. Instead of a continued reliance on diesel to fuel remote mining operations, there is the potential for SMRs to be deployed for the lifecycle of a mine.

SMRs stand to benefit from a 20 to 60 per cent cost advantage of electricity over diesel. They could provide a more reliable source of power in self-generating mines, improve the global competitiveness of operations and reduce GHG emissions of an individual underground mine by up to 25 per cent.

So what needs to be done to move forward with nuclear?

Canada’s 2018 SMR roadmap recognizes 24 off-grid mines as being suitable for SMR deployment. To effectively connect this economic opportunity with energy planning, short-term actions are needed to help enshrine a long-term vision for the nuclear industry. Building on the 50-plus recommendations detailed by that roadmap, the government should provide funding to cost-share the demonstration of SMR technologies with industry partners. Such efforts constitute a risk-sharing mechanism with private investors and incentivize commercial SMR deployment across Canada.

While the roadmap details several recommendations pertaining to regulatory efficiency and liability, the federal government would be wise to modernize regulatory requirements while standardizing nuclear technologies. This would help facilitate a more timely and economically viable path forward for the deployment of nuclear technologies.

Lastly, Ottawa must support capacity-building and education initiatives in partnership with industry and utilities to develop a more nuanced understanding of nuclear power among the Canadian public. By building off initial public discussions launched as part of the SMR roadmap, proactive and meaningful engagement with remote and Indigenous communities can positively influence the development of nuclear project proposals.

Recent announcements by the Canada Infrastructure Bank that it would contribute $970 million to construct a state-of-the-art SMR in Ontario is an encouraging sign. But we are only at the starting line.

Strategic deployment of SMR technology can position Canadian resources as a solution for international supply chains without risking our own nation’s decarbonization efforts. More broadly, the reintegration of nuclear into Canada’s energy mix can support our net-zero ambitions.

Canadians must come to acknowledge nuclear as a key lever to driving decarbonization and unlocking the green economy. 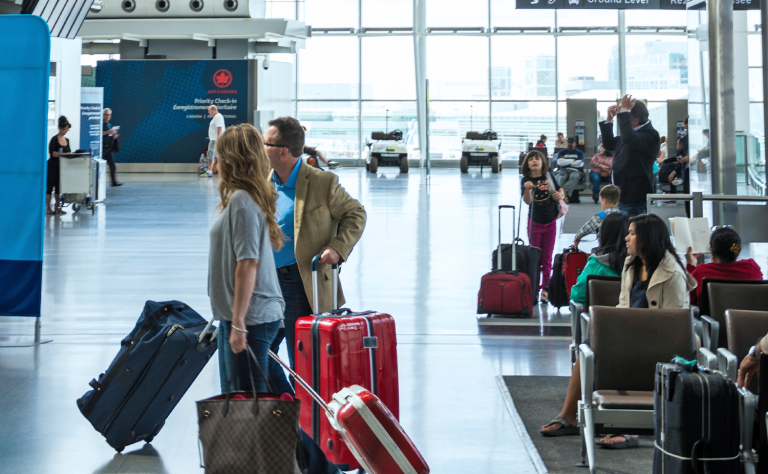 The Canadian Chamber of Commerce wants Canadian governments to set out their plans for safely restarting travel, including for how health credentials will be used.

(OTTAWA) – December 8, 2020 –After years of calling on the federal government to conduct a full review of the...

(OTTAWA) – June 15, 2020 – Co-chair of the National Cannabis Working Group and Cannabis Policy Lead at the Canadian...
SEE ALL POSTS