“Climate trade regimes” with tariff systems for carbon-intensive products could reshape trade with smaller regional markets. How will Canada fare?

One of the most compelling and least reported elements of the federal government’s recently announced plan to meet its ambitious 2030 climate targets is the commitment to pursue greater collaboration with Canada’s trading partners and allies on climate policy. In its Healthy Environment and a Healthy Economy plan, the government signalled it will seek partners “to drive common objectives including green recovery, net-zero goals, carbon market alignment, and harmonization of regulatory frameworks for climate action.”

This could be the start of significant reshaping of global trade relations. Commentators have consistently remarked that COVID-19 is transformative in part because of its role as an accelerator of dynamics that were already in play. The taken-for-granted nature of globalization, for example, has become increasingly fragile in recent years, especially in the wake of the Trump administration and Brexit. There is a plausible and highly possible scenario where COVID accelerates a move away from global trade structures like the European Union (EU) common market, the World Trade Organization and North American free trade. The new reality may be a form of bilateralism or smaller regional markets in which Canada will be expected to compete, particularly when it comes to climate policy.

It is unlikely that America-first policies will disappear after Donald Trump’s time in the White House. The politics of personal protective equipment (PPE), vaccine availability and fragile supply chains could be harbingers of an aggressive return to domestic production and manufacturing.

Canada might find itself seeking collaboration on its climate policy ambitions in the midst of a world that is transitioning away from western-led globalization toward a precarious and fragmented international environment. It is possible that in this environment, international climate policy will not be brokered through international institutions and global trade agreements, which together shaped the global order from Bretton Woods to post-Washington consensus following the global recession of 2008, but in far more localized “climate trade regimes.”

New terms like this should always be subject to suspicion, so I will try to provide a definition. A climate trade regime would look like a system of trade among two or more nations where a group of policies such as shared carbon pricing systems, harmonization of emission standards and shared carbon border adjustment regimes (CBAs) shapes trade relations.

CBA is a relatively new concept that is picking up traction in the European Union and the United States. Put simply, CBA is a tariff system where exporters of carbon-intensive products like fossil fuels from jurisdictions without carbon pricing are charged by the importing nation. CBA is designed to level the economic playing field to ensure that countries like Canada that have stronger environmental regulations and carbon pricing regimes are not undersold by nations without these provisions. These carbon pricing regimes would also see commodities from some nations flow more easily than others. Ultimately what a nation imports would become aligned with the management of its national carbon budget; in other words, the amount of carbon emissions the nation allows itself.

By offering climate-forward countries an opportunity to remain competitive, the momentum for these regimes is growing. CBAs will also bring into focus how the imports from other nations feed into a country’s emissions, an angle that has not really been a matter of direct policy. This means that to successfully implement CBAs, they will likely need to be supported by and connected to the robust digital accounting systems that are being proposed as a means to create common links to each nation’s climate targets.

Nations will not only be sure to slap higher fees on carbon-intensive goods, but it is also possible they will seek opportunities to pick less carbon-intensive products of the same type of commodity. There is, after all, a significant difference between steel produced on a power-grid run by coal than steel produced on power grids like Canada’s, where renewable power is predominant.

As copper, steel, lithium and other rare and critical minerals play a key role in the carbon intensity of products like electric vehicles, we might not just see nations charge higher fees on carbon-intensive commodities. Imports might eventually be managed for the purposes of balancing national carbon budgets. While resource products such as fossil fuels are obvious examples, the next frontier might be data, especially if nations move to digital currencies (think Bitcoin) relying on blockchain technology, which can be energy-intensive.

All this could lead to highly specialized and very sticky trade relations. If the imports of primary commodities, especially energy, slowly become considerations of how nations manage their national emission inventories, it is possible that import strategies will start to favour products based on the regulatory environments that shape how primary commodities are extracted. The free flow of goods may become narrow and sensitive to considerations such as the equivalency of carbon pricing regimes between trading nations, emission controls and other related climate standards. Given that climate policy regimes are highly contextual and complex, and that globalization may continue to recede, it is plausible that climate trade regimes will not become global in structure. Instead, arrangements might be highly regionalized or even configured solely in bilateral trade relationships.

In this world, resource-producing countries like Canada that export minerals, metals, oil, gas, forestry and agricultural products will need to set these commodities apart from those from other jurisdictions. The need to do so will intensify as CBAs and carbon pricing regimes include cost of production and carbon intensity in their price. Climate policy could fast become climate trade, as trade deals will be made not based on if they create reciprocal or fair balance of payments, but instead on whether they help keep a nation’s carbon emissions low.

What do we need to know?

This will benefit nations that secure these arrangements but could leave many nations without access to foreign markets for their products. This could create significant economic pressures for nations that produce more primary resources than they consume but find themselves crowded out of climate trade regimes where carbon intensity and life-cycle emissions of imports are carefully scrutinized.

Furthermore, if we are headed for a protectionist world where countries aggressively shield their domestic industries, CBAs and national carbon accounting could be at the epicentre of this shift.

On the one hand, if we do see global climate policy mature into climate trade regimes, Canada has an opportunity to benefit from the policies it has put in place to regulate, effectively cost, and reduce its emissions. It is possible that our early move on climate policy, which has created significant pressures for the resource sector, will secure long-term trade relations and keep Canadian products flowing through the CBA regimes of other nations. This will depend on the extent to which we can differentiate our products based on these environmental standards and practices. While environmental, social, and governance (ESG) standards for socially conscious investors are an early phase of this differentiation, specific and highly detailed environmental data on products will be key to a 21st-century custom duty stamp.

On the other hand, this is contingent on other nations and importers recognizing the differentiation of Canadian products compared to others. To date, there is mixed success on this front. The EU, for instance, is willing to import fossil fuels from Russia and Nigeria while actively divesting from Canada’s oil and gas sector, despite the fact that Canada’s climate policy regime is far more stringent than both nations. It is highly possible that without appropriate steps, Canadian resource companies could differentiate their products but still find they lose market share to other products for reasons unrelated to environmental metrics. Much will depend on how climate policy unfolds in other jurisdictions and the extent to which politics, not climate concerns, shapes the DNA of CBA methodology and how it measures and quantifies emissions.

If climate policy becomes climate trade, Canada will have to change its current economic structure. Even as Canadian producers across the resource sector continue to reduce the emission intensity of their products, the baseline of our climate target is 30 per cent below 2005 emission levels and then net-zero by 2050.

If the objective is to produce highly differentiated products that gain market share based on their reduced emission intensity, Canada’s commitment to reducing emissions below 2005 levels means there is only so much global market share Canada can displace before its absolute emissions surpass its Paris target.

The extent to which exports of carbon-intensive resource products can grow beyond 2005 levels will depend on how effectively Canada achieves the “net” of net-zero. Arguably, the Paris Agreement’s stipulation of voluntary international co-operation to help governments achieve climate targets belongs to a liberal international order, and not a protectionist global order. An exchange of offsets amongst national governments looks unlikely, even with the heft of U.S. leadership back at the negotiating table.

Instead, a robust voluntary private offset market accessible to private companies will probably emerge long before a protocol to exchange offsets amongst nations is inked and may well be achievable at the next United Nations climate change conference (UNFCCC COP 26) later in 2021. The price of these offsets relative to the price of Canadian resource commodities may become ever more important if other nations start to select import strategies tied to national carbon budgets.

Though largely unanswered in the federal government’s climate plan, if climate policy becomes climate trade, Canada’s economic footing will depend on how the offset question is settled. 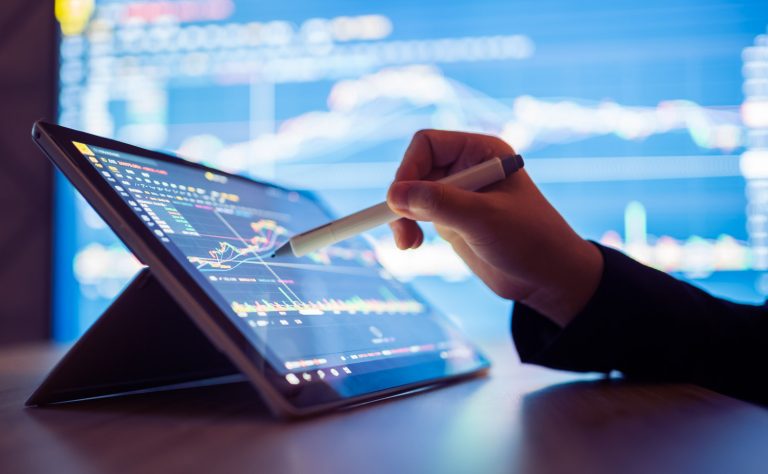 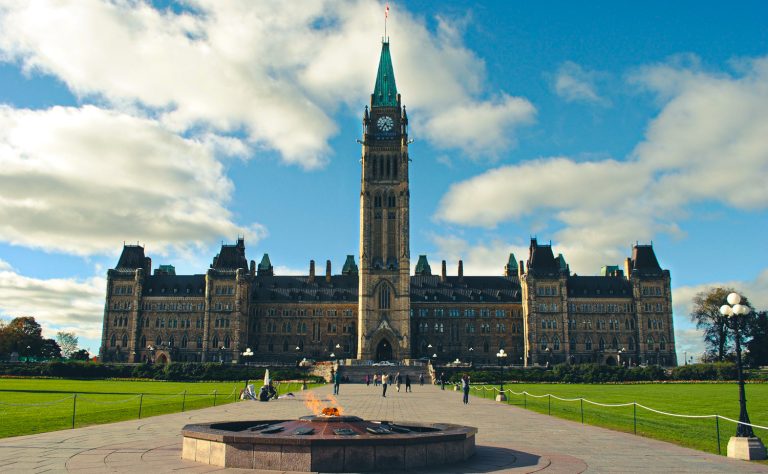 Fall economic update time for government to step up, not back: Canadian Chamber of Commerce

Next week’s Fall Economic Statement needs to focus on measures that will promote strong and sustained economic growth. Canada’s economic recovery remains fragile, and we need our political leaders to step up, not back.

(OTTAWA, ON) – May 7, 2020 – Today, the Canadian Chamber of Commerce’s Senior Director of International Policy, Mark Agnew, issued...
SEE ALL POSTS