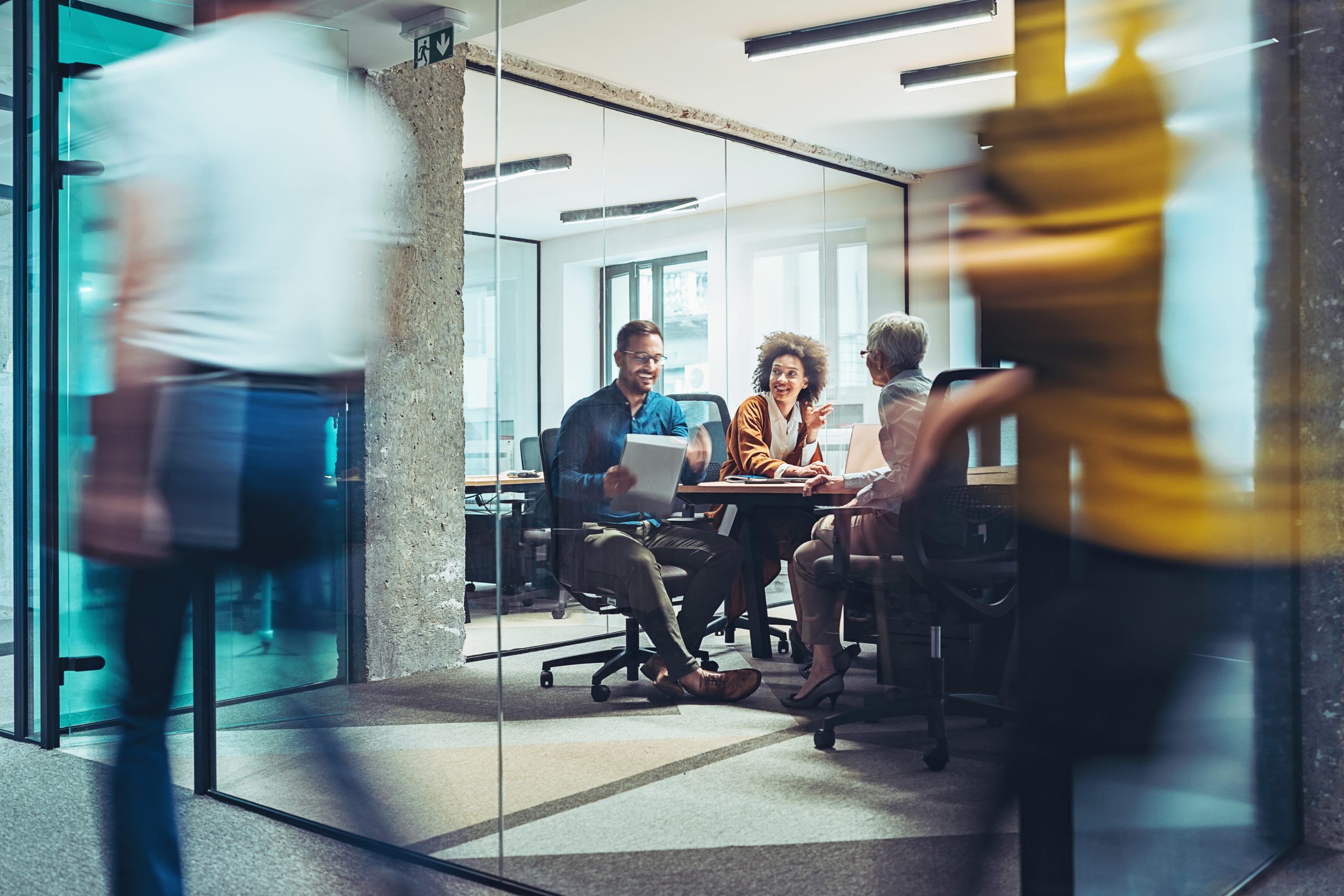 The Canadian Chamber of Commerce is committed to enabling the future of business success. To advance progress on forward-looking public policy issues, the Canadian Chamber Future of Business Centre is our platform for placing these topics into the public debate.

To drive forward the work of the Canadian Chamber Future of Business Centre, we are engaging external Fellows to complement the insights of our members. The reports authored by our Fellows, and with the added insights of our Advisory Councils, will be the foundation of the Centre’s work.

The Centre’s reports are produced by the external Fellows at arm’s length, separately from the Canadian Chamber’s consensus-based policy committee process. The views expressed in the reports are those of the Fellows.

As policymakers globally explore reforms to their competition policy rules to respond to the increasing amounts of economic and consumer activity occurring in digital formats, there will be an upcoming review and likely changes to the Competition Act in Canada. This Canadian Chamber Future of Business Centre project will outline the competition policy our country needs to support economic growth. The Fellow for the competition project is John Pecman. 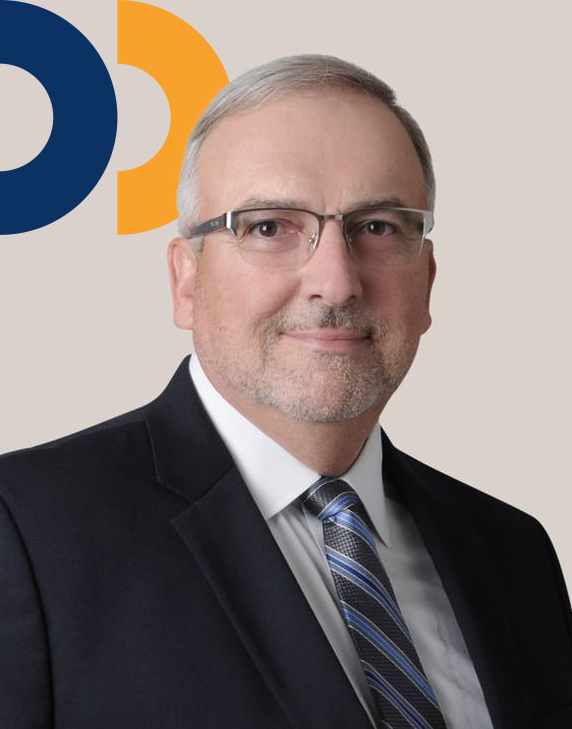 John is an economist with an MA from McMaster University and has worked at the Competition Bureau as an investigator, manager and executive for more than 34 years. He worked in every enforcement branch at the Bureau and held increasingly senior positions since first joining the organization in 1984. John served from June 2013 as the Commissioner of Competition of the Competition Bureau Canada for a five-year term. Under John’s leadership, the Bureau’s enforcement actions preserved competition and drove innovation in a variety of major areas of the Canadian economy, including the automotive, manufacturing, ecommerce, telecommunications and retail sectors. John was responsible for reinvigorating the Bureau’s role in advocating for Canadians by promoting the benefits of increased competition in regulated sectors of the economy. John’s philosophy of a more open, transparent and collaborative Bureau led to many initiatives including a realignment of the organization, prioritization of corporate compliance programs and building many trust relationships with domestic and international partners. John held executive positions with the OECD Competition Committee and the International Competition Network (ICN) and also served as ICN/OECD Liaison to ensure coordination of work by these international bodies. Presently John holds a number of appointments, including as a Non-Government Advisor (NGA) to the ICN, Senior Fellow at the C.D. Howe Institute, Vice-Chair of the U.S. Comments and Policy Committee at the American Bar Association Antitrust Section, as well as the TMX Industry Professor at DeGroote Business School at McMaster University. John is also a Senior Business Advisor in the competition, marketing and foreign investment group at Fasken. 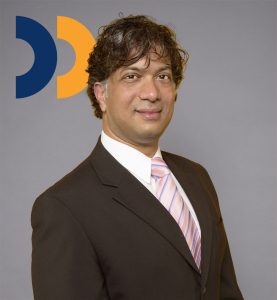 Anindya Sen is Professor of Economics, Associate Director of the Cybersecurity & Privacy Institute, and Director of the Master of Public Service at the University of Waterloo.  Prior to working at the University of Waterloo, Professor Sen worked as an economist at the Competition Bureau, Industry Canada. His research interests are the economics of public policy, with an emphasis on estimating the statistical effects of government intervention and imperfectly competitive market structures. In this respect, he has published research on the relationship between market concentration and gasoline prices, the impacts of higher cigarette taxes on smoking and contraband sales, the effects of higher minimum wages on employment and poverty, and the consequences of incentive programs on electricity usage.

Mitchell Davidson is the Chief of Staff at iGaming Ontario, the provincial organization created to conduct and manage the province’s newly legalized online gaming market. Mitchell previously served as Executive Director of the StrategyCorp Institute of Public Policy and Economy, a venture designed to contribute to thought leadership on important public policy issues in Ontario and Canada. Prior to that, Mitchell served in Ontario politics for nearly six years, authoring both recent Ontario PC Party Platforms and culminating as Executive Director of Policy to the Premier of Ontario. Mitchell also serves as a lecturer at the University of Waterloo’s Master of Public Service Program, a Global Fellow at the Wilson Center’s Canada Institute, and an Expert Adviser to Toronto Metropolitan University’s Leadership Lab. Mitchell hails from Oro-Medonte, Ontario and holds a Bachelor’s Degree and a Master of Arts in political science from the University of Western Ontario.

As Executive Director of Future Borders Coalition, Laura Dawson works with a binational coalition of travel and trade industry leaders in order to provide consensus-based recommendations and evidence-based conclusions to regulators and policymakers. Prior to her FBC, Dr. Dawson ran the North America office of the Amazon Web Services (AWS) Institute to facilitate public sector digital transformation. Other major posts include director of the Canada Institute at the Wilson Center in Washington, D.C., founder of Dawson Strategic, and senior economic advisor at the U.S. Embassy in Canada. Dawson serves on the teaching faculty at the Master of Public Policy program at McGill University in Montreal and is board member of the Canadian Global Affairs Institute. In addition, Dawson co-chaired the selection committee for the Government of Canada’s 2021 New Frontiers in Research Fund and was named 2020 Person of Distinction by the Public Affairs Association of Canada. Dr. Dawson holds a PhD in Political Science from Carleton University.

Dr Jamie Ferrill is the Discipline Lead of Financial Crime Studies and Lecturer in the same at the Australian Graduate School of Policing and Security, Charles Sturt University. She has nearly a decade of law enforcement experience, having worked for Canada Border Services Agency prior to commencing an academic career. Jamie holds a PhD in Organizational Behaviour from Loughborough University (UK), a Masters in Homeland Security Leadership from the University of Connecticut), and a Bachelors in Criminal Justice from Mount Royal University (Canada). A political sociologist, Jamie researches threats to national and economic security. Her work focuses on the role of human actors and ideology in organisational processes, as well as in transnational cooperation and collaboration.

A seasoned cannabis industry professional, Omar came to High Tide from one of the world’s leading global communications companies, where he served as National Cannabis Sector Lead. During his tenure, Omar worked with several licensed cannabis producers, retailers and companies involved in the cannabis ancillary space to affect public policy changes and build corporate profile. He has almost 20 years of experience working as a political and communications strategist in Canadian federal and provincial politics, including serving as Chief of Staff to several Ontario Ministers, including, the Minister of Health and Long-Term Care, the Minister of Economic Development and Trade and the Minister of Government Services. With a diverse policy background across healthcare, economics, regulatory affairs, and labour relations, Omar has a proven track record developing complex policy proposals, building stakeholder coalitions, and leading and executing communications plans.

Maureen Maloney joined the Simon Fraser University School of Public Policy as a professor in 2010. Professor Maloney was previously the Chair in Law and Public Policy and Director of the Institute for Dispute Resolution at the University of Victoria between 2000-2010. She returned to the University of Victoria following a term as Deputy Minister to the Attorney General (1993 to 2000) and Deputy Attorney General (1997 to 2000) of the Province of British Columbia. Professor Maloney is and has been actively involved in international governance, dispute resolution and human rights projects in South-East Asia, Iraq, China, Brazil, Guatemala, and South Africa. She is a board member of the International Commission of Jurists (Canadian Section) and a member of the Education and Training Committee of the Foundation for International Commercial Arbitration and Alternative Dispute Resolution (The Hague). She is a recent board member of the Canadian Human Rights Foundation and of the International Centre for Criminal Law Reform and Criminal Justice Policy. She has also served as a member of the Canadian Human Rights Tribunal based in Ottawa.

Matt Torigian is an international leader in policing and security with a 35-year career involving all aspects of community safety, having served as Ontario’s Deputy Solicitor General and as chief of police for the Waterloo Regional Police Service. As a Distinguished Fellow at the Munk School of Global Affairs and Public Policy, Matt leads a global policing initiative, providing advice and assistance to government officials in the United States; South, Central, and Latin America; Europe, Africa, and the Caribbean on a range of challenging issues in criminal justice. Additionally, as the Chief Strategy Officer for Niche Technology, Matt reports directly to the CEO on the future needs for police leaders worldwide. Matt is a published author and holds a Master of Public Administration from Western University and a Bachelor of Arts in Political Science from Wilfrid Laurier University. He is a graduate of the FBI National Academy in Quantico, Virginia, the FBI National Executive Institute, and was invested as an Officer of the Order of Merit of Police Forces in 2012.