When it comes to fiscal policy, quality matters as much as quantity

When it comes to fiscal policy, quality matters as much as quantity

When the COVID-19 emergency struck last March, the federal government moved naturally to get cash into the hands of the newly unemployed, opting for speed over perfection in program design.

When the COVID-19 emergency struck last March, the federal government moved naturally to get cash into the hands of the newly unemployed, opting for speed over perfection in program design.

Many other countries around the world were doing the same thing, but it turns out Canada’s government was among the most generous. Over the past seven months, the federal government has spent close to 20 per cent of Canada’s GDP on income support for individuals and businesses. No other G20 country has come even close to that level of pandemic spending relative to the size of its economy.

Given the most recent spending commitments made in the recent Speech from the Throne, it is not difficult to imagine Canada emerging from the current crisis sometime in 2022 with a federal public debt exceeding 100 per cent of GDP, unemployment levels two percentage points above those of February 2020, a weakened outlook for our natural resource sector and a widening trade deficit, all coupled with increased demand for health and long-term care spending.

In the span of a few months, the Government of Canada created no fewer than 68 new support programs related to COVID-19 – 76 if you include tax liquidity measures. That includes updated core support plans to replace earlier programs such as the Canada Emergency Recovery Benefit (CERB) and the Canada Emergency Wage Subsidy (CEWS).

On top of that, the recent Speech from the Throne promised billions of dollars in new spending on childcare, pharmacare, a new EI system, and skills. We may get a clearer picture of the cost of these commitments a few weeks from now when Finance Minister Chrystia Freeland delivers an economic and fiscal update.

In this increasingly polarized public opinion environment, debates over fiscal policy and the size of the deficit descend into stark opposites. Either you are against more spending and are thus a deficit “hawk”, or you support spending and are unconcerned about the burden of public debt.

The reality, of course, is that there is an ocean of grey between these black-and-white positions. Governments do not need to make a binary choice between spending and “austerity”.  No one serious is calling for austerity in the midst of an unprecedented health and economic emergency. But not all spending is born equal.

Historically low interest rates and unprecedented quantitative easing by the Bank of Canada have effectively overshadowed an important debate about the quality and effectiveness of deficit-financed COVID-19 spending.

According to RBC, the federal government transferred more money ($56 billion) to Canadian households through the CERB and other programs in the second quarter of 2020 than they lost in wages and salaries due to the pandemic ($23 billion). As a result, net household disposable income spiked 11 per cent. To put $23 billion in context, it is equal to the amount spent last year on the Canada Child Benefit – the federal government’s biggest direct transfer to Canadians. “We have significant fiscal firepower sitting in the chequing accounts of Canadians,” RBC CEO Dave McKay said in a Globe and Mail interview on October 4th.

The federal government’s strong fiscal response to COVID-19 has undoubtedly helped sustain our economy through the crisis. It would be wrong to leave Canadians on their own devices amidst such a catastrophe. While it is undeniable a strong fiscal response was warranted, did we have to increase our debt-to-GDP ratio by 20 per cent in only six months? With the second wave of the virus now in full force, should we not have kept more fiscal firepower dry to ensure the most severely affected individuals and businesses will continue to be supported over the long term? And could a larger share of the money have gone to create a more productive economy, such as re-skilling people and targeted R&D investments?

It’s time for a more targeted and qualitative approach. As the Governor of the Bank of Canada said in late October, we are in this for the long haul. An effective vaccine may not be widely available until late 2021. Policymakers must be laser-focused on the qualitative nature of fiscal spending.  Furthermore, being saved by low interest rates is not an economic strategy in itself. In fact, powering our way out of recession by potentially overstimulating housing markets and adding even more leverage to the household sector may create real and lasting negative effects.

With finite public resources available, we need to look carefully at the return on investment of government spending. Some programs are more beneficial than others. Some policies will contribute more to economic growth. Let’s make sure federal spending is focussed on quality over quantity. 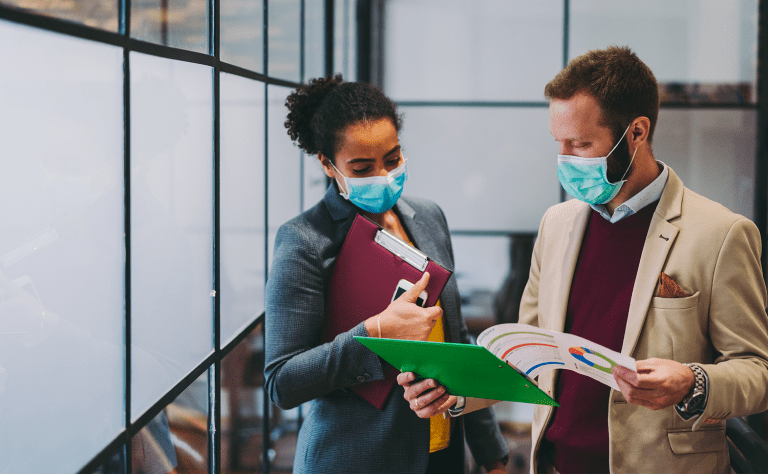 The Canadian Survey on Business Conditions (CSBC), a joint effort between Statistics Canada and the Canadian Chamber of Commerce, provides the...

(OTTAWA) – January 21, 2021 – The President and CEO of the Canadian Chamber of Commerce, Perrin Beatty, issued the...
SEE ALL POSTS