(OTTAWA) – November 14, 2019 – The Canadian Chamber of Commerce today announced two new additions to its senior leadership team as it continues a strategic reorganization towards strengthening policy and economic impact and enhancing value for members.

“Trevin’s and Ian’s appointments will help us focus on two of the Canadian Chamber’s key strengths: our best-in-class policy team and the network of over 450 chambers of commerce and boards of trade across Canada that make us the most representative and most influential business organisation in the country. Their addition to our management team adds greatly to our ability to serve our corporate and chamber network members and to be a powerful voice for businesses of all sizes, in all sectors, from every region of the country for a more prosperous Canada,” said the Hon. Perrin Beatty, PC, OC, President and CEO of the Canadian Chamber.

Trevin’s promotion reflects the Canadian Chamber’s focus on more clearly connecting the dots between its policy recommendations and economic impact.

The new position of Senior Vice-President, Chamber Network Relations and Advocacy reflects the commitment to enhancing engagement of and advocacy with our vast network of over 450 chambers of commerce and boards of trade members.

Trevin joined the Canadian Chamber in April 2018 as the Canadian Chamber’s Chief Economist and policy lead for taxation and pharmacare. He has been our point person in establishing the Chamber’s first national and international economic summit, which takes place in January 2020. Prior to joining the Chamber Trevin spent almost three years at BDO Canada LLP as their national lead for economic development. He also spent 3 years as managing principle at Rhone Pacific, and his academic experience includes various roles with the American University in Dubai, Institut de hautes etudes internationales et du developpement, the American Institute for Economic Research, and Yale University.

Ian, he spent the past six years as President and CEO of the Ottawa Board of Trade (formerly the Ottawa Chamber of Commerce). In addition to leading on policy and programing, Ian played a key role in the successful amalgamation of the Ottawa Chamber of Commerce, the Orleans Chamber of Commerce and the West Ottawa Board of Trade. Prior to OBOT, Ian served as President and CEO of the Canadian Brewers Association for five years, as Senior Vice President and Group Leader of Federal Public Affairs at Hill+Knowlton Strategies for two years, and in 1997 he spent four years as Director of Government Relations at AT&T Canada Inc. Ian also has extensive experience working in federal politics. From 2001 to 2005 he served as Deputy Chief of Staff, Senior Policy Advisory and Director of Parliamentary Affairs for the Ministers of Agriculture and Agri-Food, Indian Affairs and Northern Development, and as Chief of Staff to the Office of the Secretary of State (Infrastructure) (Rural Development) (FedNor). From 1993 to 1997 he served as Special Assistant, Consultation and Trade Policy to the Office of the Minister for International Trade and as Special Assistant, Economic Policy to the Office of the President of the Treasury Board.

About the Canadian Chamber of Commerce

With a broad network of corporate, association and local chamber members representing over 250,000 businesses of all sizes, in all sectors of the economy and in all regions, the Canadian Chamber of Commerce is the largest, most representative and most influential business association in Canada.  Since 1925, our mission is to foster business competitiveness and a strong economic environment that benefits all Canadians by creating the conditions for Canadian business to thrive. We do this by developing well-informed reports and positions on policies and regulations that are critical to creating a competitive and prosperous Canada; by mobilizing our vast and diverse network to advocate for government decisions and programs that strengthen our country and our communities; and by offering essential business services for members by members. For more information visit Chamber.ca or follow @CdnChamberofCom on social media. 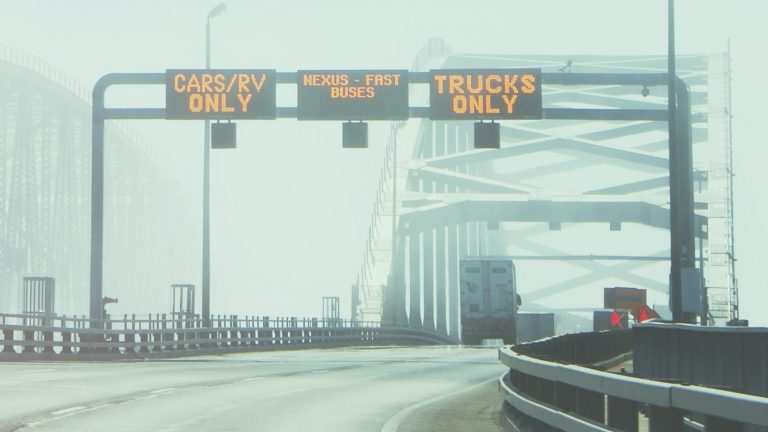 Border still out of step with science, still easier to fly to Paris than drive to Buffalo

The fact that it is easier for vaccinated Canadians to fly to Paris than it is to drive to Buffalo demonstrates how illogical the present policy is. It is time for common sense, guided by science, to dictate a well considered reopening plan.

OTTAWA, ON – February 28, 2020 – Today, with the conclusion of the House of Commons Standing Committee on International Trade’s...
SEE ALL POSTS